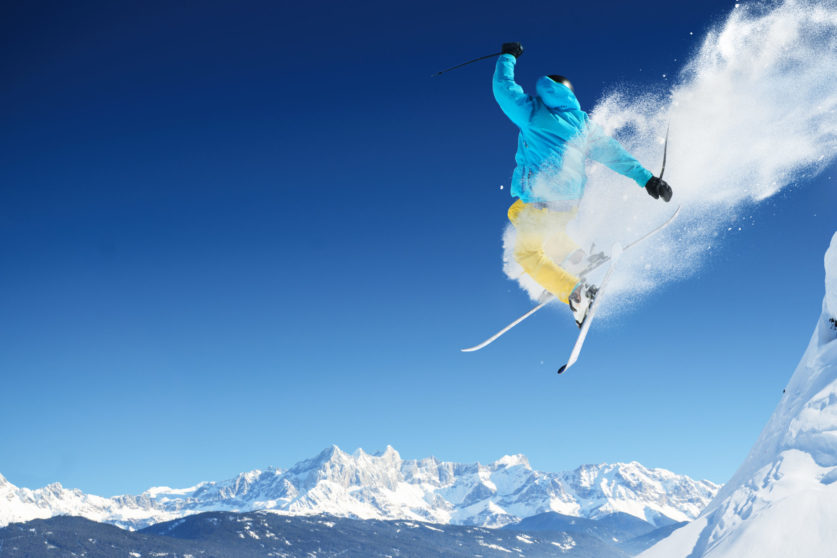 How many Brits go skiing each winter? Who are they? Where do they ski? What is the real size of the British ski holiday market?

(An explanation of the method used is provided below.)

‘How many Brits go skiing each year ?’ Findings show that each winter 1.5 million UK residents go on at least one ski holiday. 29% of them will go on two or more ski holidays during the same winter season. As a consequence, the 1.5 million holidaymakers produce a total of 2.2 million ski holidays over the course of a full ski season. (these results were confirmed by data from third parties such as visitor numbers in ski countries, skier flow data from airports, nationwide airport surveys and nationwide ski resort surveys in some of the destination countries).

Not all skiers have the opportunity to travel each and every year. This leads to the observation that the UK ski holiday market is bigger than 1.5 million Britons. The survey shows 3.5 million UK residents are ‘in the market’: some of them ski every year, others will ski every second or third year. 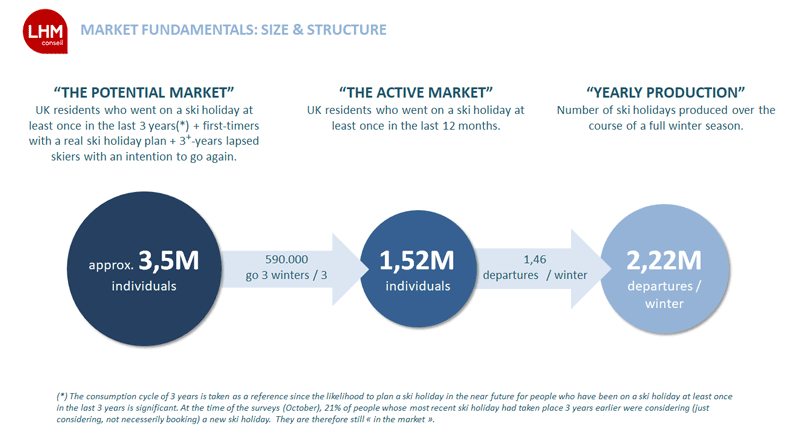 The survey mapped a high number of variables related to the UK ski market and ski holidaymakers’ profiles :

Feel free to enquire to receive more insights and data from the survey.

Each sample of approx. 1000 respondents is composed of adults between 18 and 70 y.o., and is representative of UK residents who went on a ski holiday at least once in the last 3 years before the time of interview. The chosen sample size is very common for this kind of research.

Respondents are drawn from a large consumer-research panel containing people of all walks of life, ages, opinion, occupation, income, region and they are representative of the British adult population. (No customer or direct-marketing database and no social media source or newsletter subscriber database was used.)

The reputations of ski resorts

Moving Minds Research — more about us and our market research

Send us your message or question
Share on networks : 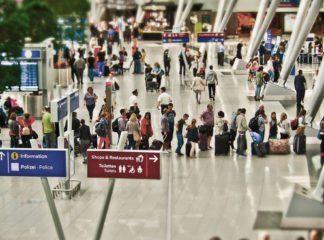 Many British travel operators are worried their businesses might get affected after Brexit is completed. LHM (now Moving Minds) was commissionned by SBIT to survey British travel businesses ...
More ...
We use cookies on our website to give you the most relevant experience by remembering your preferences and repeat visits. By clicking “Accept”, you consent to the use of ALL the cookies. However you may visit Cookie Settings to provide a controlled consent.
Cookie settingsACCEPT
Manage consent